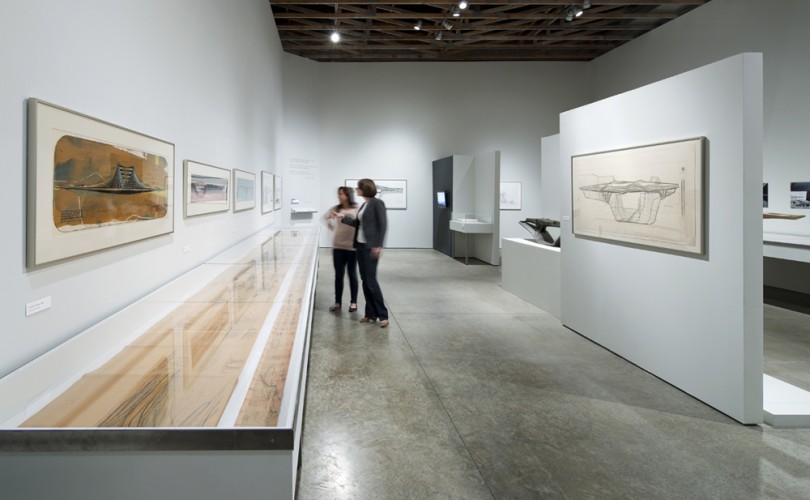 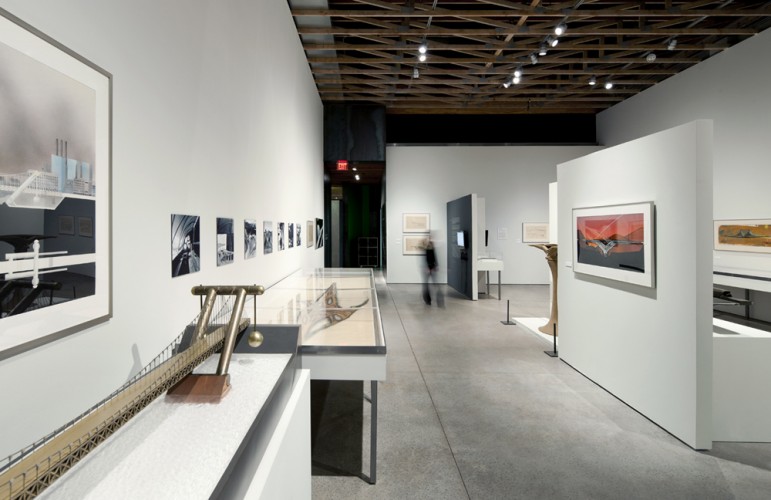 Of all things that are man-made, bridges are the most “structural,” single-minded and imposing. As connectors at a breaking point, they have a heroic force that is aided by a challenging structuralism…. To bridge is a symbol of confidence and trust. It is a communication medium as much as a connector.        — Paolo […]

Of all things that are man-made, bridges are the most “structural,” single-minded and imposing. As connectors at a breaking point, they have a heroic force that is aided by a challenging structuralism…. To bridge is a symbol of confidence and trust. It is a communication medium as much as a connector.

Through internationally-renowned work as architect, urban designer, artist, craftsman and philosopher, Paolo Soleri (1919 – 2013) explored countless possibilities for the urban built environment. Soleri was fascinated with the bridge—sketching hundreds of different design proposals over the course of 60 years. He first gained international recognition in 1948 with a bridge design known as The Beast. It was published in The Museum of Modern Art’s The Architecture of Bridges written by Elizabeth Mock, a fellow apprentice at Frank Lloyd Wright’s Taliesin West. After becoming acquainted with his work and recognizing Soleri’s talent, she asked him to design a theoretical bridge for the book.

Soleri viewed the bridge as a structure and a metaphor for the way humans connect to one another and the natural landscape. At its most exultant, the bridge is a physical manifestation that transforms social, economic and cultural relationships. Soleri’s most ambitious bridge proposals were designed to contain an entire city, including thousands of residents, homes, businesses and shared public spaces. Located on and within a bridge, the city becomes a network of connection among humans, the environment and one another. Later, Soleri proposed a series of long-span suspension bridges that respond directly to the forces of nature and human activities. In 2010, after a twenty-year design process, the Soleri Bridge and Plaza was completed in Scottsdale Arizona. Although this was Soleri’s only constructed bridge, the aesthetics and the philosophy behind his designs continue to inspire architects and designers worldwide.

As ecological issues have made their way into public discourse, Soleri’s position as a pioneer in this area has become increasingly self-evident. His ideas, revolutionary in the 1940s, are only now receiving recognition. His explorations stretch beyond building design to encompass urgent social concerns such as renewable energy sources, urban sprawl and the isolating effects of technology and decentralized communities. For more than a half-century, Soleri devoted his broad-ranging intellect to articulating a worldview that has influenced our search for a sustainable built environment.

Organized by the Scottsdale Museum of Contemporary Art, Scottsdale Public Art and the Cosanti Foundation

Janis Leonard: Beneath the Wave